“Yaaron ki Mehfil” was an event which was organized by the Cultural Committee on the occasion of Friendship Day. This event took place on 8 August 2022, Monday.
The venue of the event was on the 6th floor Lobby from 10.00- 12.00 PM. The event took place in a very enthusiastic manner as the students were very pumped up with the thought of celebration itself.
The event had several filler games with the purpose of entertaining the student audience. Apart from that, there were two main games that were played, which were;

First game, i.e. The BFF Quiz itself was the qualifier as well as the final round for the student participants. The last game, Balloon balancing, was won by one of the pair who participated & they won the BFF tag and were given 2 friendship bands as a sign of their friendship and as a memory to sustain for life. These bands were given to the winning pair by Asst. Prof. Zahid Khan – HOD, BCOM and Asst. Prof. Ali Shaikh- Faculty of B.SC. IT & B.SC. CS.
Followed by which, there were fun games were arranged by the Cultural Committee and were played by the faculties of SCCT to relive the moments of friendship and have a relaxing time from their busy schedule. A game named “Password” was played for the faculties, because of which the faculties too had a very great time.
Overall, it was a successful event organized by the Cultural Committee with the help of the student volunteers who made sure that there was discipline maintained throughout the event of “Yaaron ki Mehfil.” 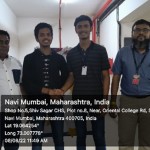 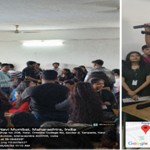 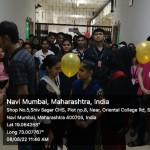 On the occasion of 75th Independence, Azadi ka Amrit Mahotsav, a series of events had been lined up between 8th – 17th August 2022
To begin the whole series of event and pay our respect to the Nation, singing of the National Anthem was done on 8th August 2022, Monday sharp at 11.00 am altogether, including the teaching, non- teaching staff and the students.
Everyone was supposed to stand still wherever they were and sing the national anthem together to pay respect to the Nation and tribute to all the ones who have played a very important role in the Independence and freedom of India.

The event took place in the allotted classrooms. The number of students who participated in the Pre- Youth Festival were 22. The events were well organized and excellently conducted by the Committee with the help of the student volunteers. The participants performed in the presence of the judges. The winners were declared by the respective judges on 29th July, 2022. To conclude with, it was a very entertaining and a refreshing event.